Bio: I was born and raised on Vancouver Island and started riding at Mt. Washington before travelling and competing across B.C. and eventually Canada. With sponsorships establish I shifted my focus from competitions to creating content. In 2012, I applied to Quest University Canada and earned a scholarship from snowboarding and a spot on their LEAP Program. At Quest I studied the psychology of flow states, continued to creatively write and decided to find a way to inspire others to do the same. I now work as a teacher, write daily and run youth empowerment camps at Cedar Coast Field Station in the summer. This winter I plan to: splitboard, find spines, drop pillows, bash through alders and share the stoke! 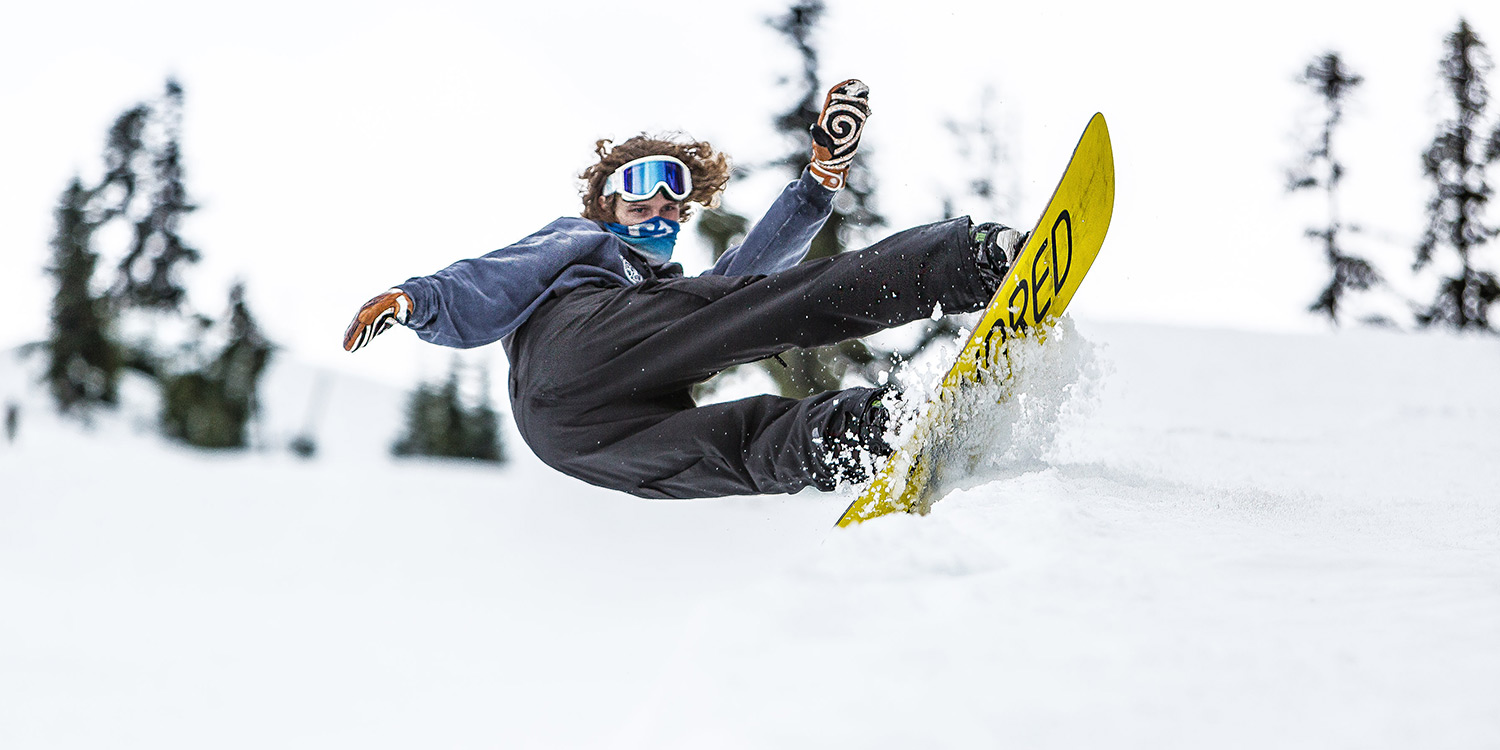 How old were you when you started riding?

I started riding when I was in grade 5 through a free pass program in B.C. I always thought it was a clever investment because I’ve put so much money back into the industry because of it.

I’m always inspired by the creativity of Nicolas Mueller, Wolfgang and Gigi Ruf, mostly the way they read the mountains. But to be honest, I’m more influenced by my friends because they are the riders I’ve spent the most time with in the mountains: Cavin Donald, David Kinskofer, Gordon Emery and Tristan Hansen all come to mind. Depending on the line or feature I usually think of one them before calling “Drop!”

My last name is Wood and my boards are built by Kindred Custom Snowboards who make gorgeous wooden top sheets so “Woody” is a natural one.

What’s your favourite thing about RED?

The number of pow-turns per capita. What movie/video gets you most amped for the winter?

Anything creative, well-filmed and made with authenticity. I love the DIY east coast folks at Yawgoons, the Korua Shapes aesthetics are rad and the Nitro Team videos always have fun vibes.

What’s your favorite run at RED?

There is a little slackcountry zone I’ve heard called “Postage Stamp” that I like boot-packing to, but mostly I’ll just say “show me yours and I’ll show you mine!”

Do you listen to music when you shred? (what’s your go-to?)

In the slack/backcountry I don’t. Sometimes on the ups, but not often. I got to say, that music usually fires me up and I had one of my best days last season listening to a book on tape. It kept me calm which can be super helpful on higher consequence features. If I’m riding park or resort laps than I’ll listen to full albums, cover-to-cover (no shuffle) and usually by a new band. Last winter, King Gizzard & the Lizard Wizard, Khruangbin and Kaytranada were on heavy rotation.

When not skiing/riding, what else do you like to do?

People often cite the “10,000 Hour Rule” to unlock professionalism in any given area of focus. Lately, I’ve been appreciating the “20 Hour Rule” for unlocking competence. I’ve started a lot of new leisure activities like: volleyball or kickboxing and I’ve been enjoying those new challenges. Do you have any preseason rituals leading up to the winter?

I try to do purposeful cross-training such as: yoga, mountain biking, running, skateboarding/surfing etc. I don’t cut my hair during the season though, so sometimes I’ll cut it the night before.

If you could be any animal, what would it be?

I’ve been really fascinated by the octopus lately but, I’d be a fool not to go with the albatross.

Coldwater plunge followed by bacon, elk and Guinness stew with garlic mash and a goblet of red wine.

Where do you see yourself in 10 years?

Growing organic peaches in Colorado with my partner, writing a new novel and packing up our (electric) van for our 12th season at RED! 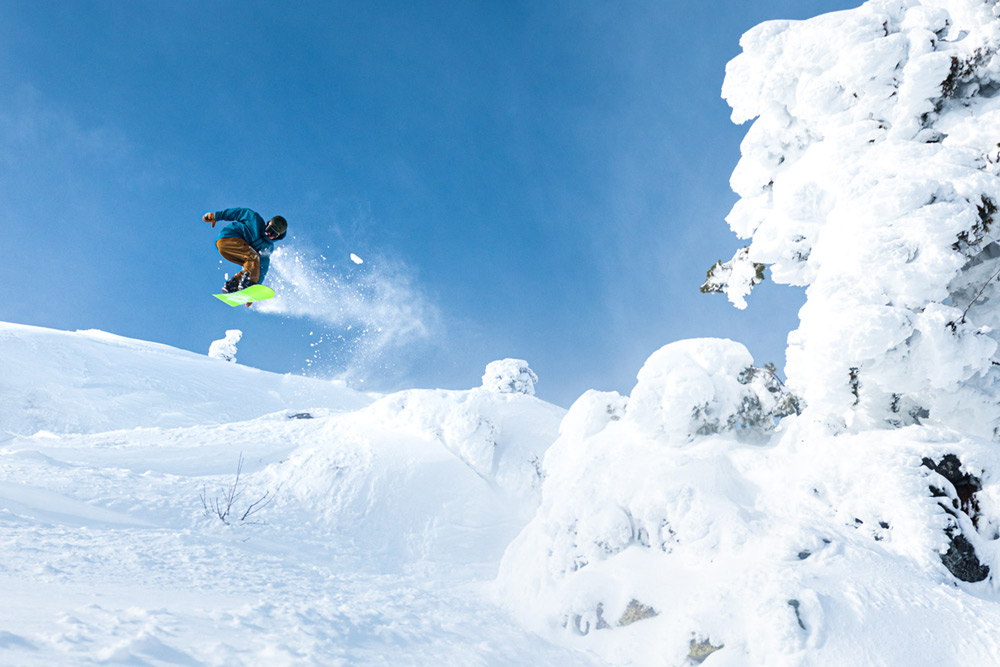 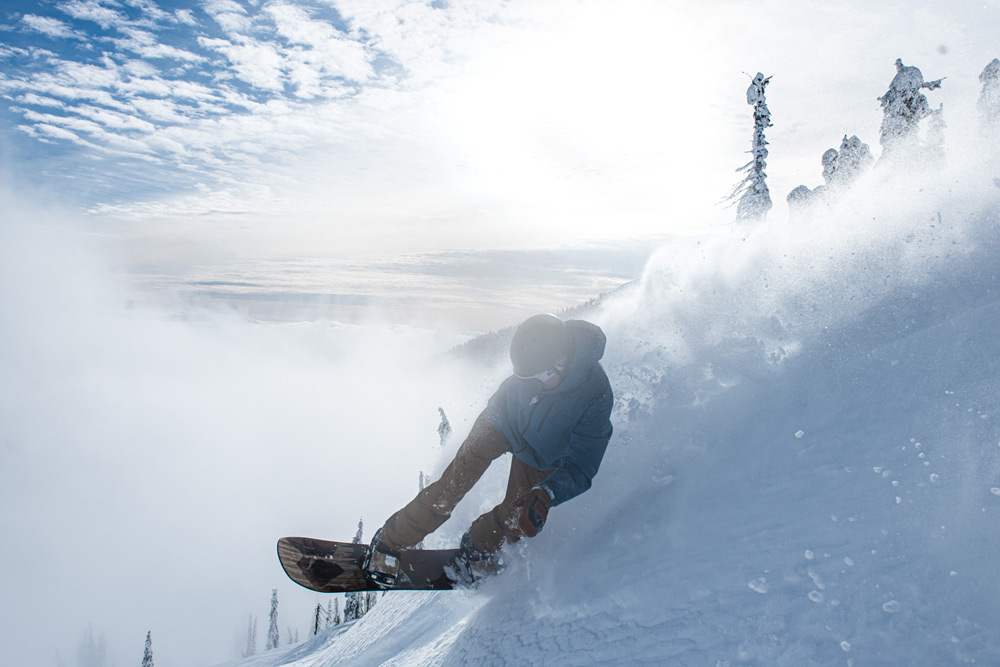